Another horror month has come and gone, and as it is for all writers of the macabre, it was a busy month for me. I had a lot of interviews, guest blogs, and other Halloween-related events, and between them, my collaborator Tamara Thorne and I worked diligently to stay on top of our work-in-progress.

We not only stayed on top of it, but we got ahead… so far ahead, in fact, that this “little” project isn’t so little anymore. Chances are good this will end up a full-length novel instead of the 40-60k word novella we originally planned. And we are okay with this. We talked to our publisher earlier today, and the plan is to get the manuscript in by the end of the year. From there, it will go through a series of revisions, and probably be available to purchase by spring ~ but the point is that the length is a non-issue.

Tamara and I had a very specific vision for the cover art of this book, and luckily, we’re able to use it. The cover art is now under the knife, somewhere in the editing process, and although I haven’t seen the final product, I have seen drafts of it, and I love it. Shortly, Tamara and I will be revealing the cover (in its entirety), as well as a brief synopsis of the story, to the public. We’re very excited about that.

Meanwhile, aside from writing with me, Tamara was busy making the front pages of eight Southern California newspapers with her “Thirteen LA Ghost Stories by Tamara Thorne” feature. If you missed it, here is the link: http://www.dailybulletin.com/lifestyle/20131030/claremonts-haunted-school-13-la-ghost-stories-from-author-tamara-thorne

While she was doing that, I was working on an interview for The Arts and Entertainment Magazine & THE EERIE DIGEST, which will feature me in the November 11th issue. I’ve heard rumors that November’s issue will be spotlighting some pretty amazing folks, and I’m excited to see who it is. Till then, check them out at: http://www.taem.us/ and read about the other people they’ve been showcasing, such as actress Jona Xiao, film composer Cory Perschbacher, and Sons of Anarchy actress, Eileen Grubba.

Finally, I will soon be blogging about a woman named Belinda, who has Tamara and I very excited for the new year. Right now, no one knows who this Belinda woman is, but keep coming back and soon you will find out.

Till then, I have compiled my online October events for anyone who missed out on the horror-month fun. The links below will take you to my October events.

This was a fun little Halloween feature I did at Defending the Pen, where I talked about monsters, Band Camp, Halloween, scary movies, and oddly, Madeline Kahn:
http://yolandarenee.blogspot.com/2013/10/a-beautiful-horror.html

For Flash Fiction Friday at Deadly Ever After, I revealed an excerpt of my solo work-in-progress, The White Room, which will be completed sometime in 2014: http://deadlyeverafter.com/2013/10/18/flash-fiction-friday-the-white-room-excerpt-from-alistair-cross/

At the Little Blog of Horrors, I gave an interview about the ins and outs of writing, and specifically, writing horror:  http://tamarathorne.wordpress.com/2013/09/18/thirteen-questions-with-alistair-cross-2/

Just before October, I also did an interview for Delisha’s Place at: http://delisha1964.wordpress.com/2013/08/21/interview-with-alistair-cross/

And, also at Deadly Ever After, the feature Haunting Poetry from Alistair Cross showcases a few of my darker, more horrific poems for those who like a little fear with their rhyme: http://deadlyeverafter.com/2013/10/20/haunting-poetry-from-alistair-cross/

All in all, it was a great month, and I’m sad to see it go. Luckily though, at least for those of us who write horror, there’s a bit of Halloween in every holiday, and we have several more coming up.

Till next time, stay scared… 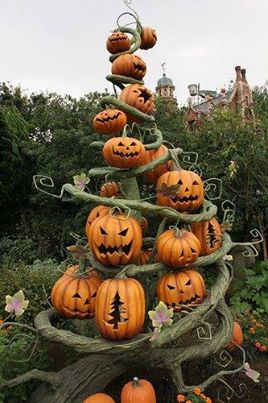