Thunder Road, one of my favorite novels by my collaborator, Tamara Thorne, will be returning to bookstore shelves and the land of the internet this September. Here are some photos of the cover, as well as a little bit about the book: 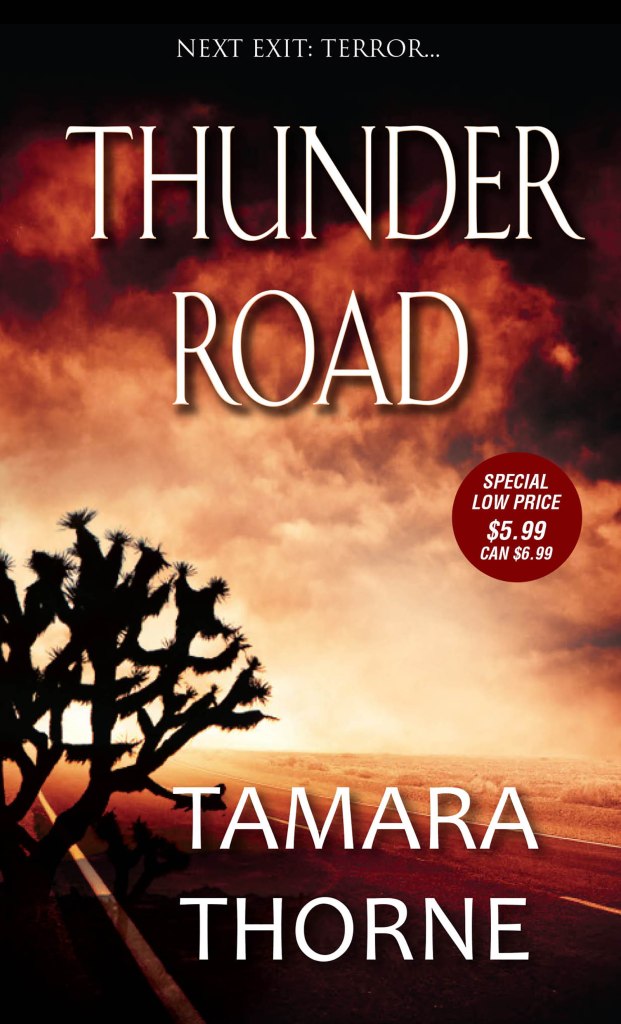 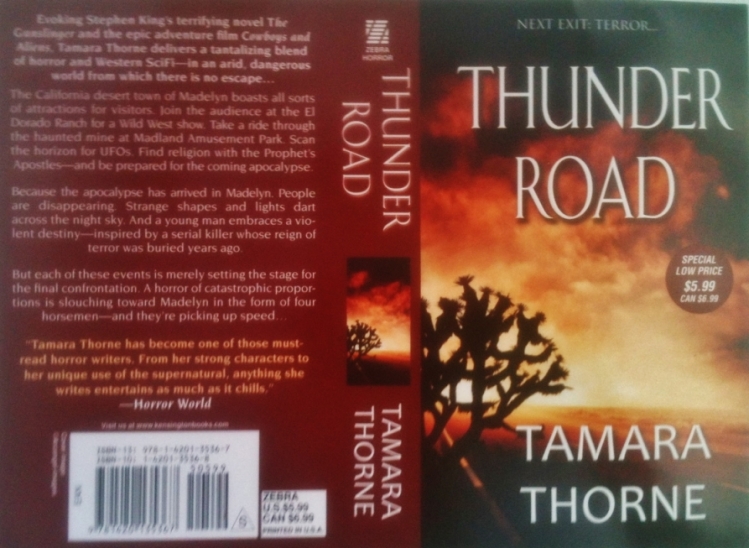 Thunder Road is published by Kensington Books and will be available everywhere books are sold. Here is a little more about it:

The California desert town of Madelyn boasts all sorts of attractions for visitors. Join the audience at the El Dorado Ranch for a Wild West show. Take a ride through the haunted mine at Madland Amusement Park. Scan the horizon for UFOs. Find religion with the Prophet’s Apostles–and be prepared for the coming apocalypse.

Because the apocalypse has arrived in Madelyn. People are disappearing. Strange shapes and lights dart across the night sky. And a young man embraces a violent destiny–inspired by a serial killer whose reign of terror was buried years ago.

But each of these events is merely setting the stage in preparation for the final confrontation. A horror of catastrophic proportions is slouching toward Madelyn in the form of four horsemen–and they’re picking up speed. . .

“Tamara Thorne has become one of those must-read horror writers. From her strong characters to her unique use of the supernatural, anything she writes entertains as much as it chills.” —Horror World

“Tamara Thorne is the new wave of horror–her novels are fascinating rides into the heart of terror and mayhem.” –Douglas Clegg

This is one of many great books by Tamara Thorne. Visit her at www.tamarathorne.com and keep watching for our upcoming collaborative novel, Grandma’s Rack, slated for release later this year by Avalerion Books. You can visit me at: www.alistaircross.com