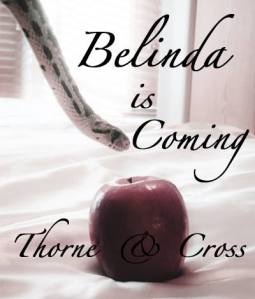 When Belinda Moorland steps across the threshold of Ravencrest Manor, she feels as if she’s entered a fantasy world.  The mansion is breathtaking, and her new employer, Eric Manning, is as mysterious as he is handsome.

By day, the house and grounds are sublime, but the night is alive with dark shadows and phantom footsteps in empty corridors. Eyes – and hands – are upon her, and not all of them belong to the living.

She followed him inside the chamber. It was lit only by guttering wall sconces and the dying flames in a fireplace across the room. Rich tapestries lined the walls and the tall heavy four-poster bed was covered with soft furs.

“Come be with me, Belinda.”

She raised her eyes and looked across the bed. He stood in shadows, but she saw the glint of his teeth as he smiled. “My darling girl.”

Heat rose in her belly and shot lower. Flushed, embarrassed, she looked down at herself, saw her body through the gossamer robe, saw her nipples turning dark and hard. It didn’t matter. Nothing mattered but that voice … 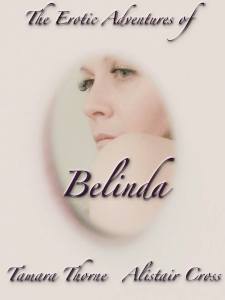 2 thoughts on “Belinda Excerpt and Back Cover Teaser”