Belinda is the new governess and is settling into her home at Ravencrest Manor. Her employer, Mr. Manning, is handsome and mysterious with kind, welcoming eyes, but Mrs. Heller, the head housekeeper, wears black stilettos and studies Belinda with a different kind of gaze… a gaze that frightens her.

After getting through her first day at Ravencrest, Belinda fell into bed and discovered that, after dark, there were more inhabitants of the manor than she knew; lusty, restless, and not of this world, they are ready to introduce themselves – and their passions – to Belinda. How did she sleep? Find out at Amazon, Smashwords, Barnes & Noble, and Kobo.

In July, you’ll find out what happens next. Join her as she explores the house, the spirits, and her own dark desires.

In the meantime, visit Tamara Thorne and Alistair Cross at their websites. 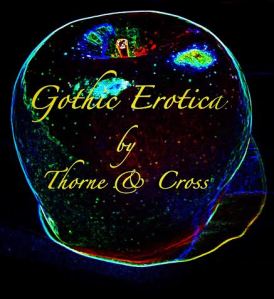 2 thoughts on “Delivered Into Darkness”