My collaborator, Tamara Thorne, and I have been sitting down together to write everyday for months. We’ve gotten a lot done, and we still have much to do. On top of the Belinda serial, we’re finishing up a horror novel  and have another novel  to edit and publish around the holidays. Needless to say, we don’t really have time to play around. And yet, that’s exactly what we do. Play is the reason we can Skypewrite together for 12 hours a day, every day. It keeps us sane and snickering.

We don’t wake up chomping at the writing bit every morning. In fact, most mornings we spend a little time waking up, gossiping, looking over media stuff, working on interviews, and, always, reviewing and tweaking our storyline. Then it’s time to get to work.

Sometimes, we still have trouble focusing first thing in the morning – and there are always a few brain freezes during that day. That’s when we often start writing freestyle; we just let the words go where they want until we find our way back to the true course of the story. These passages are, to us, hilarious, twisted, and – in some cases -sickeningly disturbing. What the hell is wrong with us? We don’t know and we don’t care. We do this both to jar our brains loose and to crack each other up. This is not the kind of material we can use in an actual book (with a few exceptions – we’ll let you guess what they are when you read the books, maybe even have a contest).

Because of the pleasure these passages have given us, we’ve decided to stop throwing them out. Why not share the joy? The sick, demented, twisted, repugnant joy. 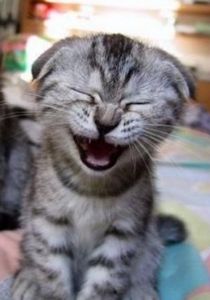 So we had an idea. What if we post these ridiculous meanderings on our blogs? Many contain portions of real scenes you find in the books, which we think makes this extra fun.

So we’re going to do it. We’re going to begin posting our outtakes and bloopers today. They work for TV shows specials, so why not here? We may even include some of the best evil autocorrects from our texts, as appropriate.

With that in mind, here are yesterday’s best outtakes:

“Belinda lay in her bed, her body deliciously warm under the down comforter, as the morning sun shot thin rays through the crack in the her buttocks. And her drapes. Her drapes were fucking ugly. She stretched and yawned and decided she’d buy new drapes. But not until the sun finished shining out of her ass.”

“Omar, a sleek, plump Siamese cat, snuggled into his mistress’s lap, then flehmened, mouth hanging open, eyes half closed, when he realized his human had forgotten to change her tampon for at least a week. He couldn’t contend with a stinking bloody human and decided he’d get a new one just as soon as she finished petting his glorious head.”

“The room was large, luxurious, and honestly breathtaking, and every time Belinda stepped inside, she felt a little as if she were floating. This might have been due to the design of the floor, which was cobalt blue tile, patterned with gold stars, giving her the impression that she was walking on the midnight sky. Or it could have been the fact that she’d shot herself up with a homemade combination of absinthe, super-glue, and weed-killer, using a needle she’d found under the sofa. That might have accounted for the floating feeling in her head. But probably not. It probably really was the design of the bathroom.”

(Warning: If any of the above grossed you out, skip this one.  It’s our favorite…)

“Margaret Massey stepped into the tub. It brimmed with sweet-scented lilac bubbles and as she settled into the water and rested her head against the cool rounded porcelain lip of the huge mint-green tub. “Heaven,” she said as she pinched her nipple and stuck an entire bar of Ivory up her wrinkled twat. “If only I’d remembered the toilet plunger,” she lamented as she queefed 100% natural bubbles that rose to the surface and popped like Lawrence Welk’s champagne music. Then her 70-year-old anus, the victim of one too many rounds with the local Hell’s Angels, sharted, but just a little. It didn’t even smell and what you couldn’t see beneath the bubbles couldn’t hurt you. She knew that from long experience.” 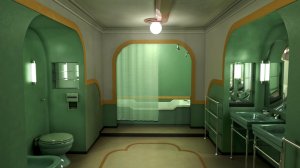 3 thoughts on “Gross Encounters of the Absurd Kind”