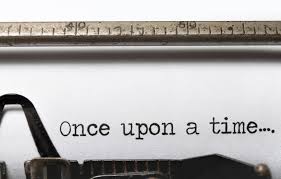 If you had told me ten years ago, when I really got serious about this writing thing, that I would one day write a novel with Tamara Thorne – one of my longtime horror heroes – I would have scoffed, chortled, guffawed and otherwise vehemently disbelieved you. But as I’ve always said, life has a curious way of providing you with what you actively seek, and today, that is exactly what happened. Tamara Thorne and I have just finished our novel. We have written the final words. The first draft is complete. Weighing in at a staggering 171,486 words, the story wrapped itself up at 7:15 pm today.

We started this book about four months ago while finishing up the first draft of another horror novel called Grandma’s Rack. We took this sudden sharp turn for a few reasons. First, Grandma’s Rack needed to sit a while so we could return to it with fresh eyes before finalizing it. We’d hit it hard and fast and both felt it needed some air. Then, another writing prospect emerged, one with a deadline, and one that would – as the fates would have it – fulfill the initial story line Tamara and I discussed when we first decided to write together.

Although, for professional reasons, I can’t say much about this book’s plot, I can say that it was inspired by our experiences during the five nights we spent at an allegedly haunted cabin in California’s gold country a while back (you can read a night-by-night account of that here). I can also say that this novel includes a character of mine who was developed in 2011, during the writing of Beautiful Monster, that I haven’t, until now, been able to find a home for. He fits nicely into this book.

As for the process, these have been the most demanding circumstances I’ve written under. For four months, we’ve worked eight to twelve hour days, six – and more recently – seven days a week, and the rigid time crunch hasn’t been the only factor contributing to the intensity. This plot is complex – more intricate than anything I’ve written. It’s character-dense with upward of a dozen major players, each with his or her own story, and each requiring enough stage time to tell it. 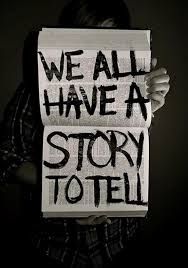 I’ve had to learn how to weave multiple threads, fuse varying subplots, and play puppet master to a slew of characters with intertwining story lines. I’ve loved every minute of it, even though the whole thing has been painstakingly meticulous. Even the setting is complex – a small California resort town that we built one character, one tiny life-like detail, at a time. Admittedly, it’s the kind of place I’d love to live in – minus all the violence and depravity, of course – but this kind of world-building is mentally taxing and surprisingly exhausting. However, I am by no means complaining. This is the kind of novel I’ve always wanted to write.

This book has taught me more about writing than anything else ever has. Ever. And I’m learning from the best. Tamara, who is a veteran to this lifestyle, has surfed the waves smoothly and without visible distress. I, on the other hand, am cranky, fatigued, and at this point, brain dead. But we did it, and ridiculously, as we neared the end, I think we both felt a little twinge of sadness. Even though we intend to write together more in the future, this is the last time it will ever be the first time we wrote a book together. I will treasure this for the rest of my life.

Now that the book is written, we begin the process of cutting and revising. Given its tremendous length, this will be an interesting task, but we will nip, tuck, and tighten by any means necessary in order to sculpt this story into the finest, most powerful version of itself possible, and I know we will be fine.

Due to the particular publishing process of this book, I have no idea when it will be released, but as soon as finishing touches are complete, we will be sending it to the editor, and then we will be returning to, and finishing off Grandma’s Rack, which will be available by the end of this year. In the interim, we’re working on the third installment of Belinda, which will be undergoing some favorable changes that will be apparent with the new release.

In closing, I want to thank everyone around me for supporting this project and respecting my inability these past weeks to do anything but sit in front of my computer and write, write, write. I still have a lot to do, and it will be a while before I have a lot of free time, but I will have a little more of it after a few more weeks. I think, anyway… 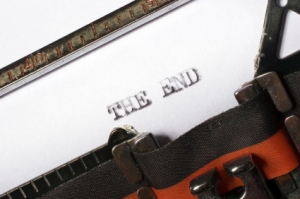 9 responses to “The End Is Upon Us”