Tonight, at Thorne & Cross: Haunted Nights LIVE! it’s all about vampires! Join us tonight at 9:00 pm Eastern, 6 Pacific, where we’ll be talking with novelist, Hal Bodner, of the West Hollywood Vampire series, about his spin on genre. There will be murder, intrigue, vampires, and pretty boys from Hollywood! Just click the link below:

“Throughout the whole vast shadowy world of ghosts and demons there is no figure so terrible, no figure so dreaded and abhorred, yet dight with such fearful fascination, as the vampire, who is himself neither ghost nor demon, but yet who partakes the dark natures and possesses the mysterious and terrible qualities of both.”
~ Reverend Montague Summers, 1928 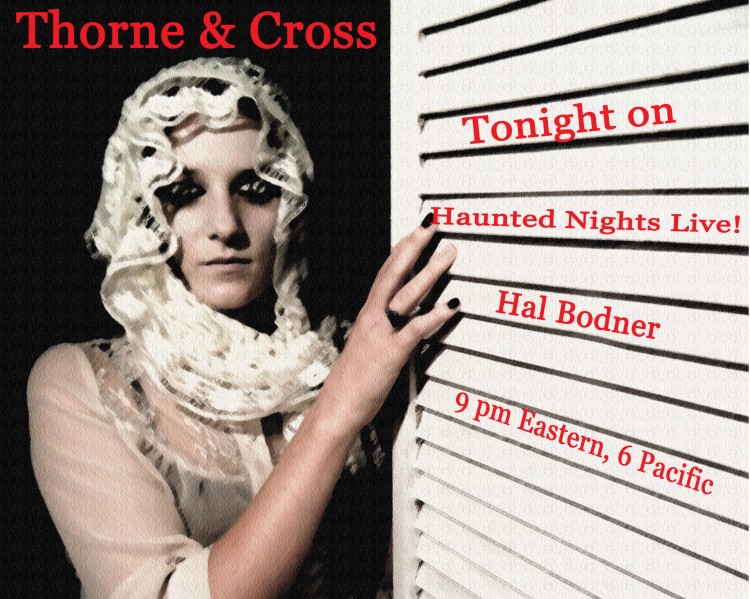