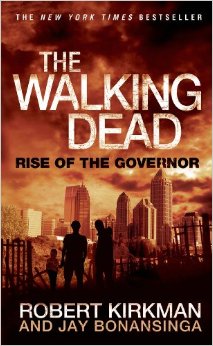 If you like THE WALKING DEAD, join us this Thursday on Thorne & Cross: Haunted Nights LIVE!, where we’ll be talking to Jay Bonansinga, who co-authors the New York Times Bestselling series! 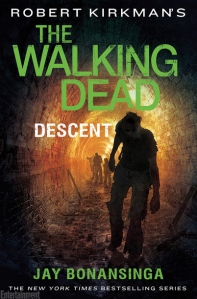 Jay Bonansinga is the New York Times bestselling author of twenty-two books, including the Bram Stoker finalist THE BLACK MARIAH (1994), the International Thriller Writers Award finalist SHATTERED (2007), and the wildly popular WALKING DEAD novels.  Jay’s work has been translated into sixteen languages, and he has been called “one of the most imaginative writers of thrillers” by the CHICAGO TRIBUNE.  In the world of film, Jay has worked with George Romero (NIGHT OF THE LIVING DEAD), Dennis Haysbert (24), and Will Smith’s Overbrook Productions.  In 2009, Jay’s directorial debut, STASH, starring Tim Kazurinsky and Marilyn Chambers, won top honors at three separate independent film festivals, as well as premiering in 50 million households on ON-DEMAND.  Jay lives in the Chicago area with his wife, the photographer Jill Norton, and his two teenage boys, and is currently hard at work on the next Walking Dead book in the Woodbury quartet.