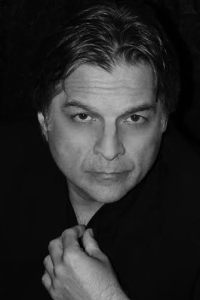 This Thursday, I get to meet one of the best writers of our time… Richard Christian Matheson.

RICHARD CHRISTIAN MATHESON is an acclaimed bestselling author and screenwriter/executive producer for television and film. He has worked with Steven Spielberg, Stephen King, Dean Koontz, Bryan Singer and many others on Emmy winning miniseries, feature films and hit series. His critically-hailed, dark psychological fiction has appeared in 125 major anthologies including many YEARS’ BEST volumes. 60 stories are collected in “SCARS AND OTHER DISTINGUISHING MARKS” and the #1 Bestseller “DYSTOPIA”. Matheson’s terror novel “CREATED BY” is a scathing glimpse of network television and his mystery novella “THE RITUAL OF ILLUSION” is a sinister love letter to the movies. A professional drummer, he studied with legendary CREAM drummer Ginger Baker. He is president of MATHESON ENTERTAINMENT.