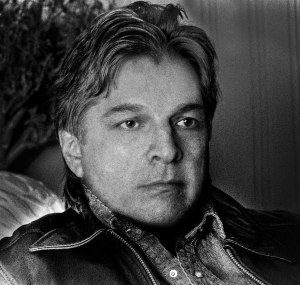 He is an acclaimed bestselling author. His fiction has appeared in 125 major anthologies. He’s a screenwriter and executive producer for television and film. He’s worked with Steven Spielberg, Stephen King, Dean Koontz, Bryan Singer, and legendary CREAM drummer, Ginger Baker.

The man has done a lot things, so really, it was just a matter of time until he came to Thorne & Cross: Haunted Nights LIVE​! He is RC Matheson​, and TONIGHT, I get to meet him! And you can, too. Just click the link at 6pm Pacific, 7 Mountain, 8 Central, 9 Eastern, to listen: http://www.blogtalkradio.com/authorsontheairradio2/2015/04/17/richard-christian-matheson-joins-thorne-cross-haunted-nights-live

RC will be giving away three personally signed books: a hardcover of his acclaimed new novella, “RITUAL OF ILLUSION”, a hardcover copy of his first novel “CREATED BY” and “BATTTLEGROUND,” a coffee table book collection about the Emmy-winning TNT production of Stephen King’s short story, which is signed by everyone involved with the production.