GRAVE EXPECTATIONS, episode 1 of THE WITCHES OF RAVENCREST is now available!! Just click the book below to buy! 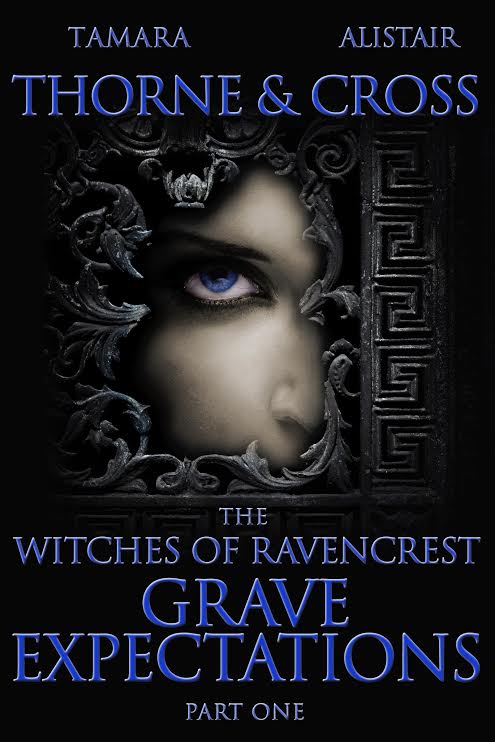 A New Day Has Dawned
After confronting the evil lurking in the east wing of Ravencrest Manor, butler Grant Phister realizes governess Belinda Moorland’s talents may be the key to undoing centuries of bloodshed and evil. Taking her under his wing, he begins teaching her the ways of her power – but is she strong enough to break the curse that has plagued the Manning family for centuries – the curse that keeps her handsome employer, Eric Manning, just beyond her reach?

A New Power Has Awakened
Meanwhile, strange things are happening at Ravencrest. A furious entity is breaking things in the parlor, the scarecrow has gone missing, and the creature in the vent is tormented by a ravenous new hunger. The very earth is alive – with an insatiable appetite for blood.

Praise for The Ghosts of Ravencrest, Book One in The Ravencrest Saga

“The Ghosts of Ravencrest delivers on every level. Delicate, creepy, detailed, and beautifully crafted, this reinvention of the gothic ghost story into a sexy, sleek modern chiller is a marvel of suspense and atmosphere. A knockout of a horror yarn!”

“Ghostly secrets abound. Tortured spirits wander the hallways. Star-crossed lovers walk the paths of time. Servants connive, and the heroine faces an uncertain future …Run, do not walk, to get The Ghosts of Ravencrest. Tamara Thorne and Alistair Cross take the reader on a delicious journey of twisted family secrets, troubled dreams, and barely-concealed passions. Wrap yourself in the silken robe of this story and escape to Ravencrest.”

-Sylvia Shults, author of Hunting Demons: A True Story of the Dark Side of the Supernatural