Merry Christmas morning everyone. It is after five a.m. here and I’ve been up all night wrapping gifts while Pawpurrazzi – my feline accomplice – pawed at the tape dispenser, played in the curtains, and finally fell into a peaceful slumber on my lap.

I’ve heard the stores on Christmas Eve are a frenzied mess, and yesterday, I found those rumors to be true. I spent a deplorable hour or two squeezing through the cluster of shoppers only to find that everything I was looking for was already sold out. I have never gone shopping the day before Christmas before, and of this I’m certain: I never will again. I despise stores enough as it is, but unfortunately, I was completely unprepared for the holidays this year. It’s been terribly busy with writing, getting the Alistair Cross website up, and dealing with a backlog of general marketing events.  But, for my Christmas Eve gifts – a tradition we observe every year – I received the American Horror Story: Asylum series on DVD – which I am a huge fan of – and some much-needed new household items, and some of my favorite cologne… so that soothed my mood a little. Plus, I am excited to see what I get tomorrow. 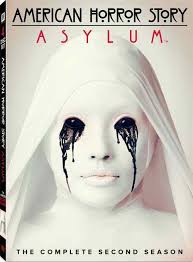 2013 has been a year of erratic twists and unforeseen changes of direction that have, to my surprise, served to bring me greater overall happiness. I had unforgettable adventures this year and I learned things about myself and my work that have already proven themselves priceless. I’ve made amazing friends, seen fascinating places, grown substantially as a writer, and discovered that contentment and fulfillment are readily available… and – thankfully – portable. It’s been a wonderful year and I can’t say I’d change anything about it.

2014 will hopefully be as good. If all goes according to my Master Plan, the new year will see the publication of Grandma’s Rack, the humorously horrific novel I began with Tamara Thorne several months ago, as well as the beginning of Belinda,  the serialized erotica she and I will begin shortly after the new year, and hopefully, the completion of The White Room, my solo project about a lusty faction of insatiable vampires and their fang-banging human counterparts. So… the workload continues… but I believe it will be well worth the effort…

I wish all of you a very merry – and somewhat scary – Christmas, and a fulfilling new year.

2 thoughts on “Scary Christmas to All…”